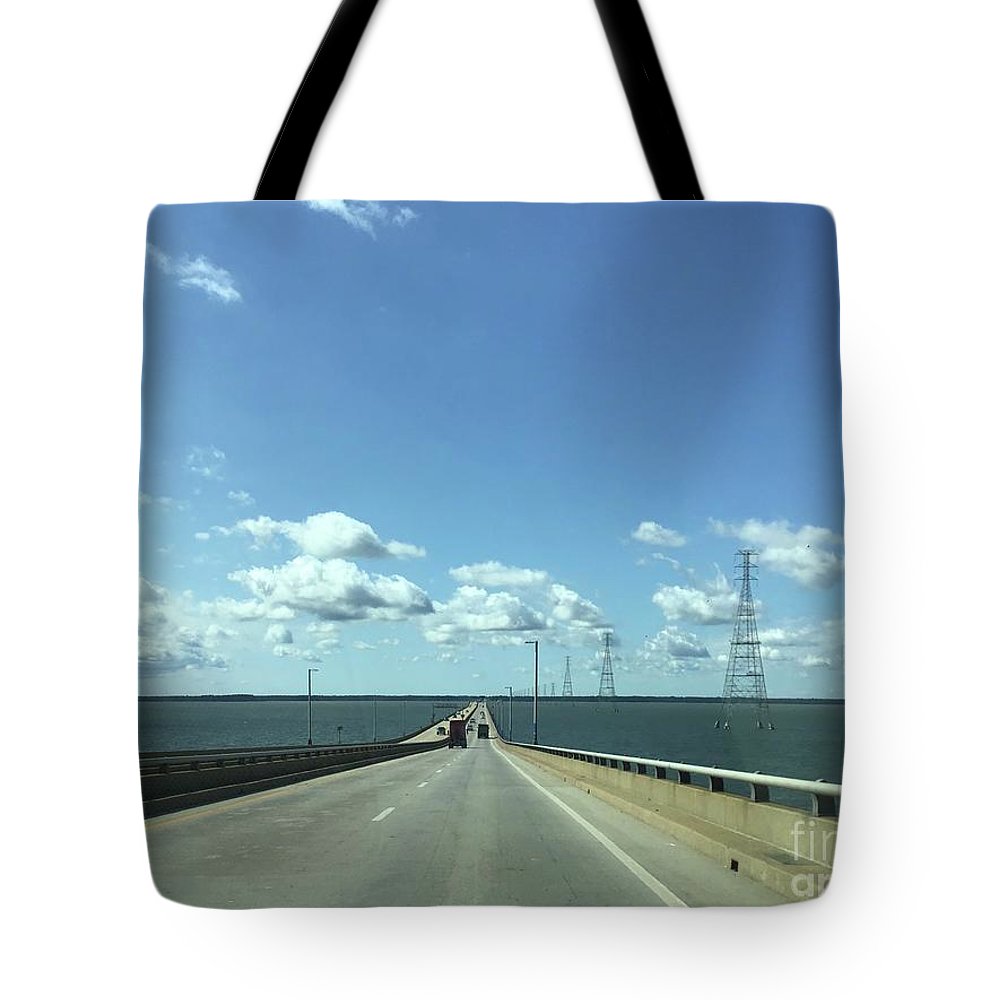 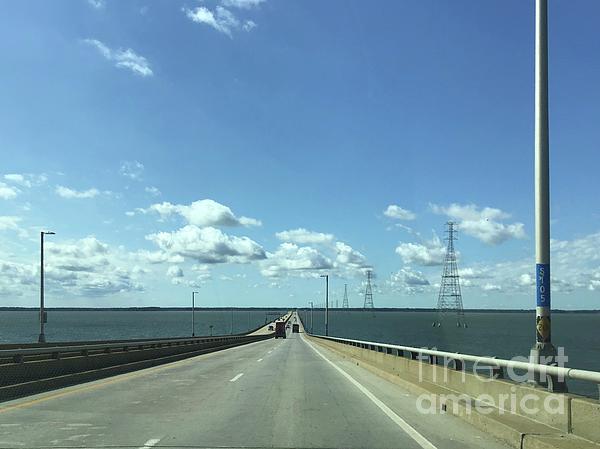 Boundary: Bleed area may not be visible.

Click and drag to re-position the image, if desired.

The watermark at the lower right corner of the image will not appear on the final product.

The image is near the edges of the product but doesn't cover the entire product.   Some of the background color may appear around the outside edges of the image.

Purchase a tote bag featuring the photograph "James River Bridge" by Catherine Wilson.   Our tote bags are made from soft, durable, poly-poplin fabric and include a 1" black strap for easy carrying on your shoulder.   All seams are double-stitched for added durability.   Each tote bag is machine-washable in cold water and is printed on both sides using the same image.

The James River Bridge (JRB) is a four-lane divided highway lift bridge across the James River in the Commonwealth of Virginia. Owned and operated by... more

Thanks for favorite Torfinn

The James River Bridge (JRB) is a four-lane divided highway lift bridge across the James River in the Commonwealth of Virginia. Owned and operated by the Virginia Department of Transportation, it carries U.S. Route 17 (US 17), US 258, and State Route 32 across the river near its mouth at Hampton Roads. The bridge connects Newport News on the Virginia Peninsula with Isle of Wight County in the South Hampton Roads region, and is the easternmost such crossing without a tunnel component.When completed in 1928, the 4.5-mile (7 km) bridge was the longest bridge in the world over water.[3] The original two-lane bridge was replaced from 1975 to 1982 with a wider four-lane bridge that could handle increased traffic volumes. In 2005, the bridge carried an annual average daily traffic of about 30,000 vehicles per day.[4]Wikipedia

Welcome to my world of forever Arts. Catherine Wilson is a lover of nature. Her interest in photography started after a career as an Educator and is now an Independent photographer with Fine Art America. Her work has been featured in many groups of FAA and admired by family, friends and website visitors. Her biggest pleasure comes from taking photographs beautifully displayed by the master creator. Her work will show an outdoor opportunity to catch a sunrise or sunset, seascape, flowers, rain storm, insect feeding on nectar or the natural formation of clouds. She also host one of Fine Art America groups, the Jigsaw Puzzle and participate in posting her Blogs, News Release and hosted Contest on Fine Art...